‘Alright guys, next spot!’ I said, racing ahead to see if the light had fallen low enough to shoot in the paddock yet.

‘There’s a lot more to this photo thing than I thought, with the light and stuff’ I heard Alex say quietly to Hayley as they followed behind.

Before they got married, Hayley and Alex and I met on a dirt road in the middle of nowhere.

Literally, nowhere. I have no idea how we managed to find each other out there. We’d been chatting about their e-shoot and their wedding for aaaages, but still, they are kindhearted people to trust me with such a random location. The brief was outback/country flavour. I think we nailed it.

I could sense that they were a tad apprehensive about being photographed, so I let them throw dirt at each other and pull silly faces and I laughed and shot from a safe distance. Eventually we all warmed up and they held each other close and whispered nice things to each other (mostly nice things).

To spend this beautiful afternoon with me, it took a little stress out of this wedding day they had been imagining for so long. They realised being photographed was kind of fun, definitely not a stressful or worrisome thing. By the time their wedding rolled around, they were old pros at this photo-ing business.

Thank you guys for trusting me, being so sweet and so silly and so yourselves, and making beautiful images with me! 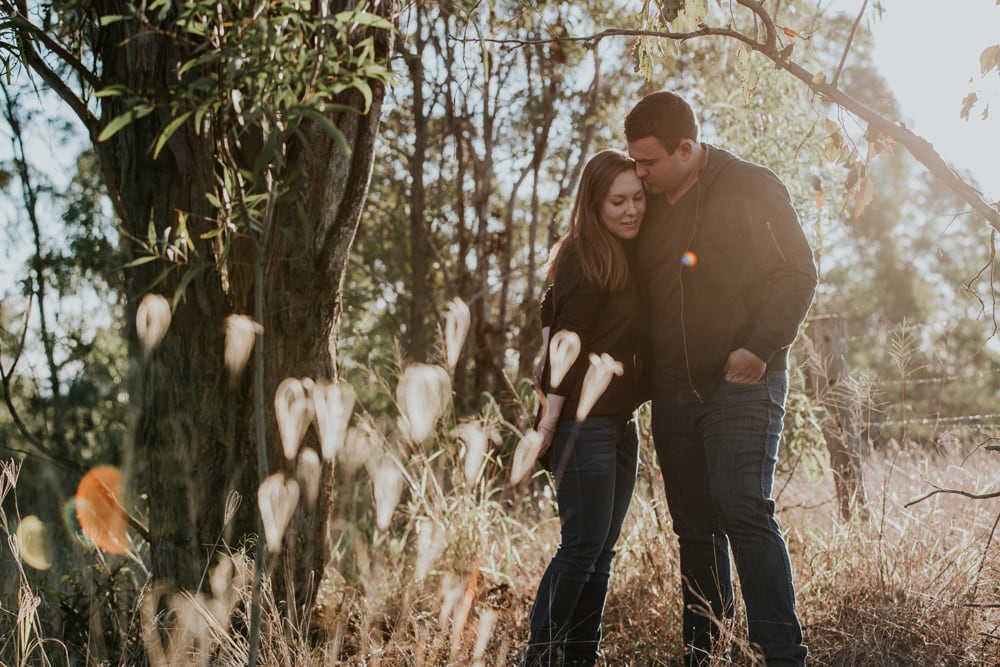 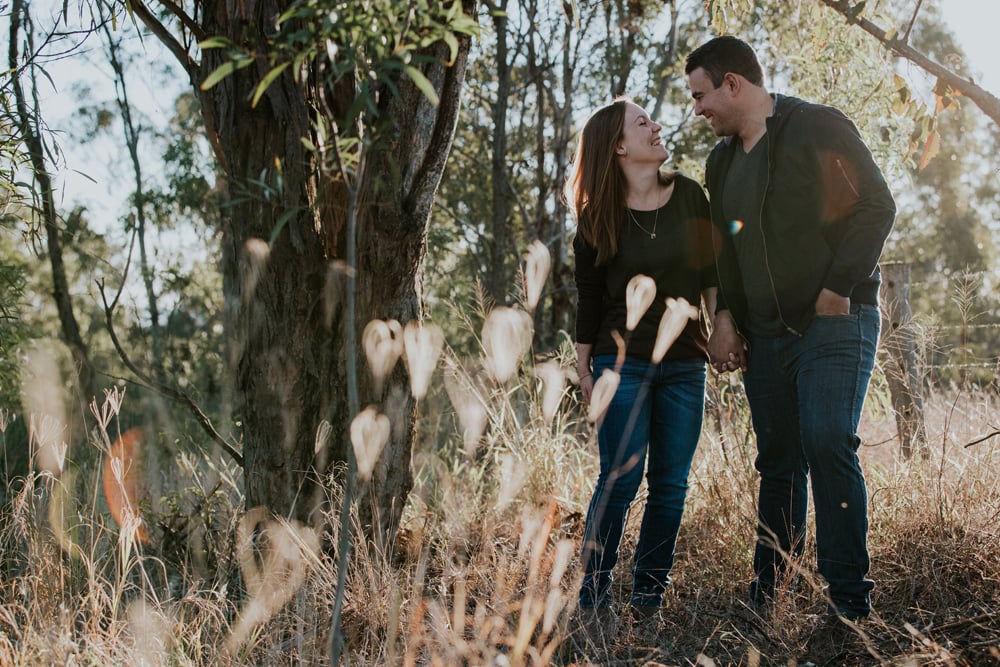 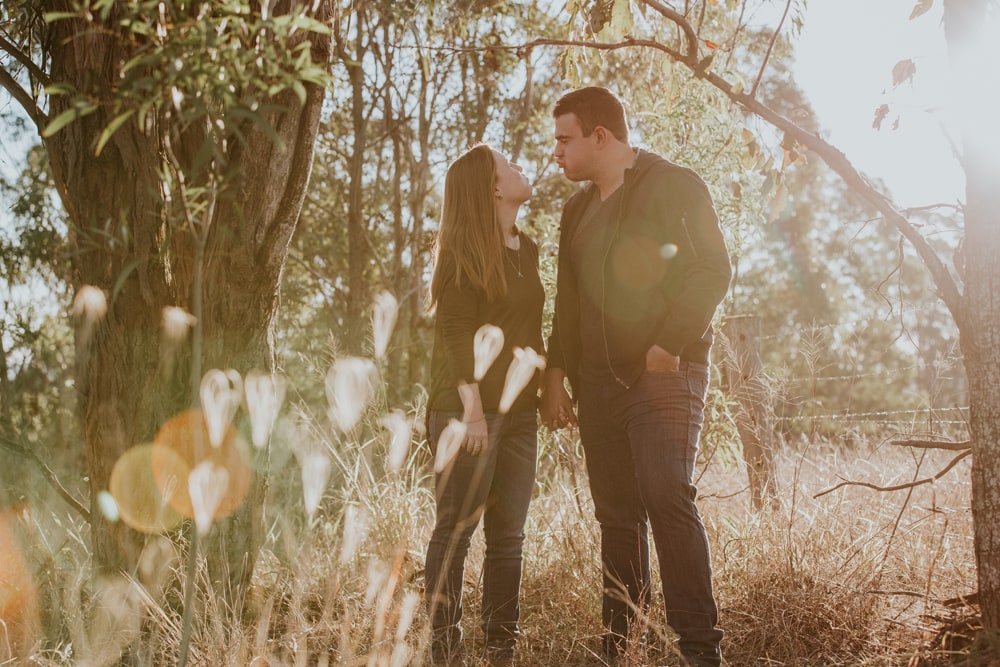 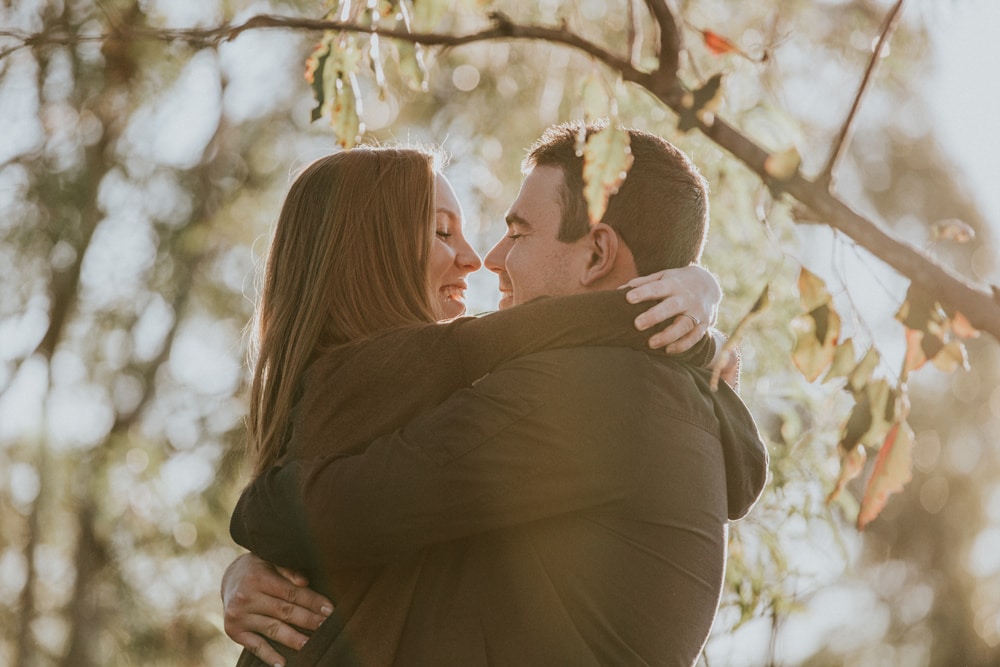 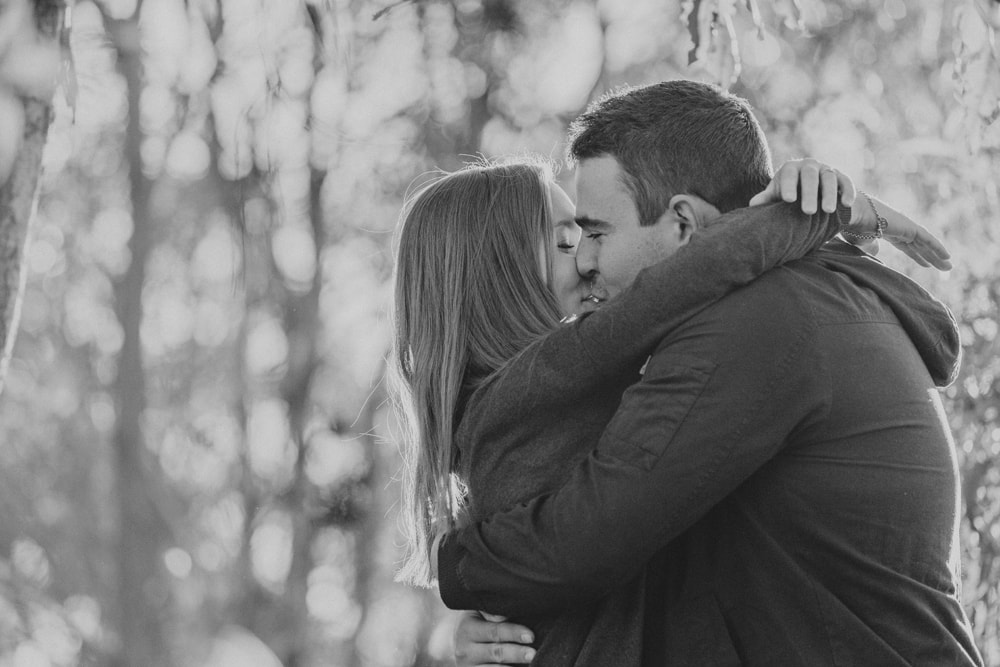 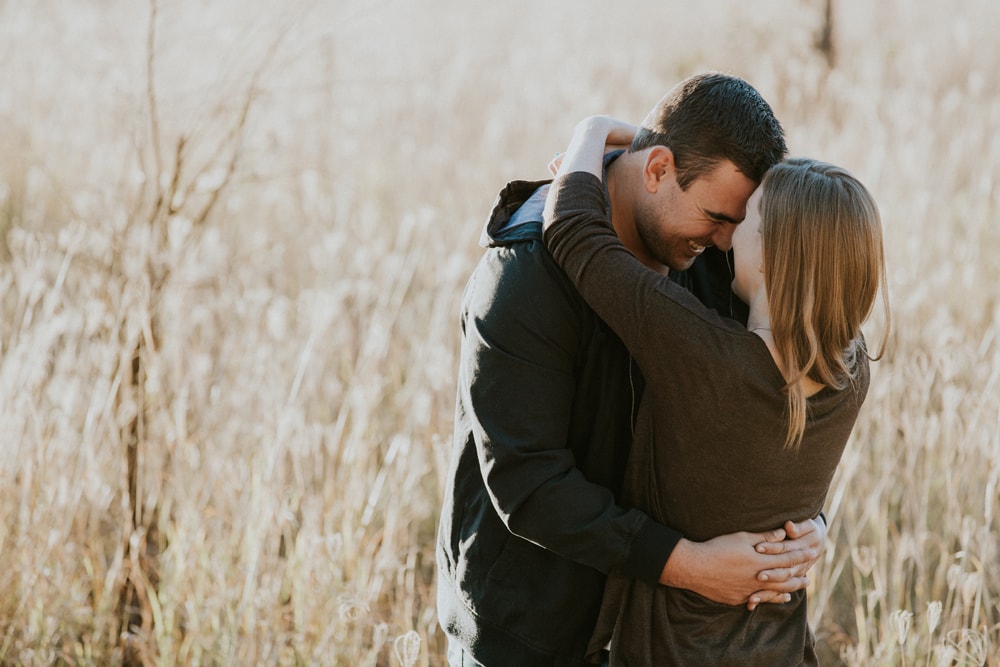 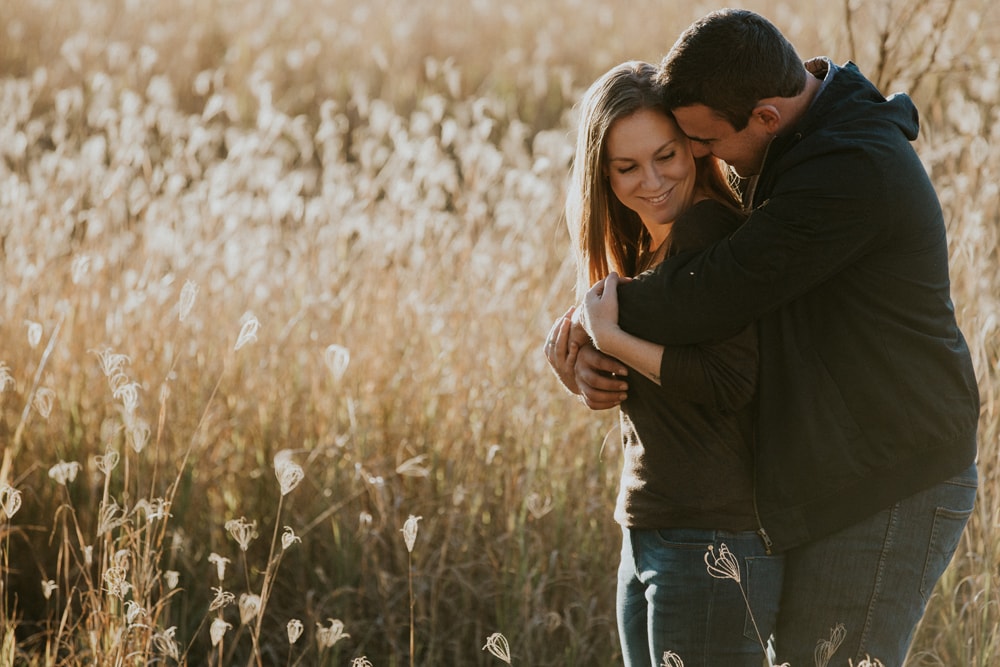 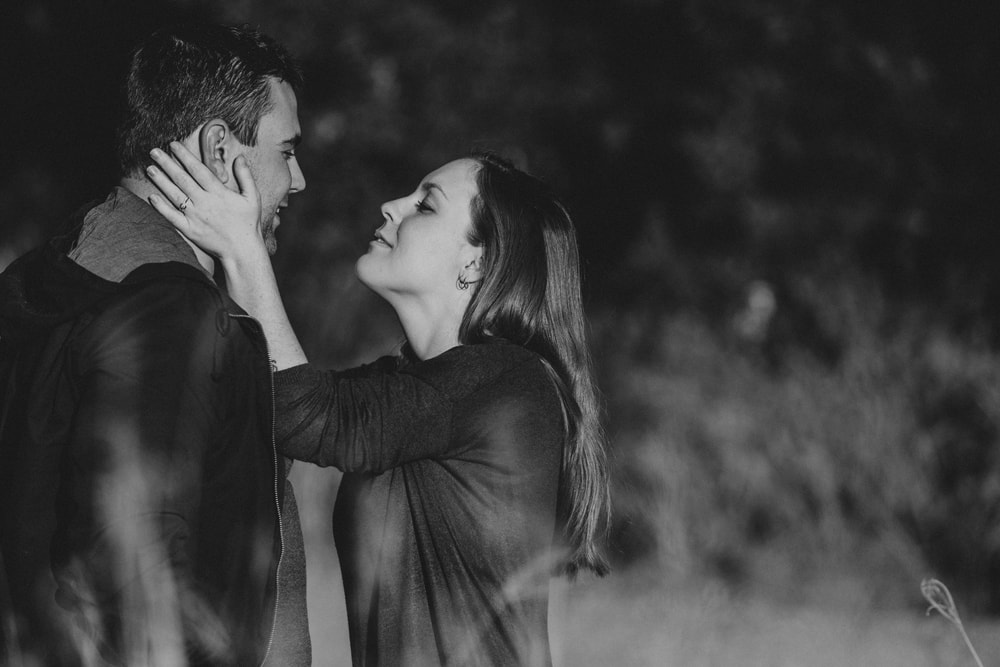 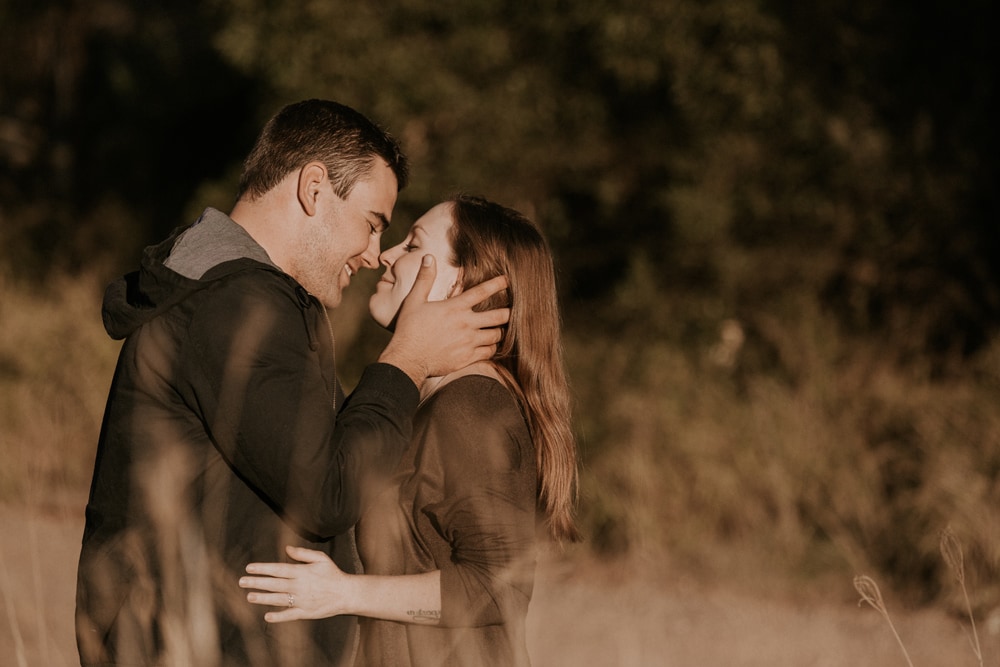 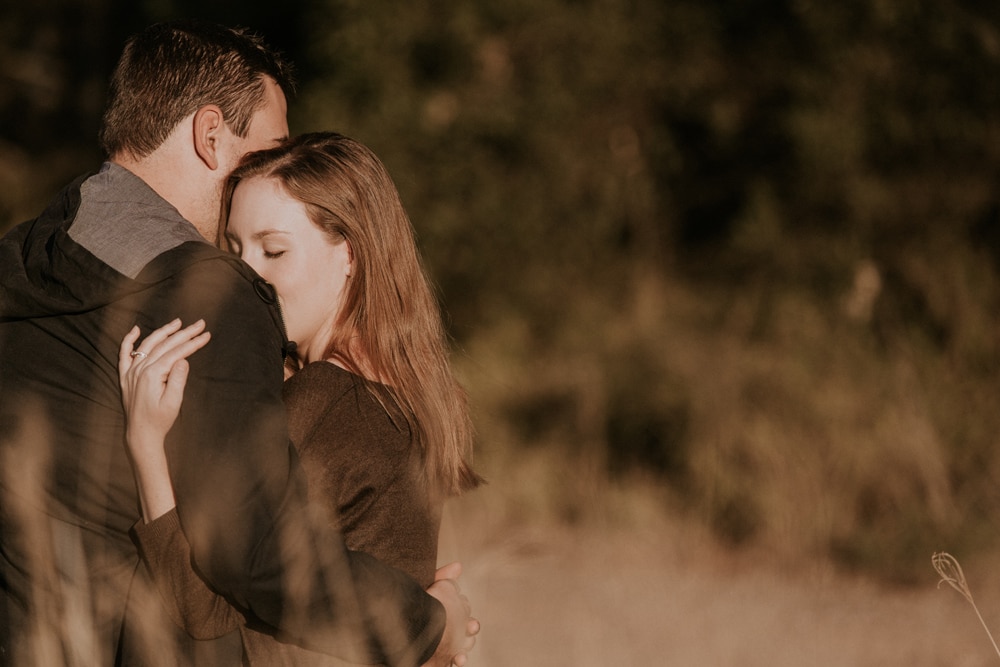 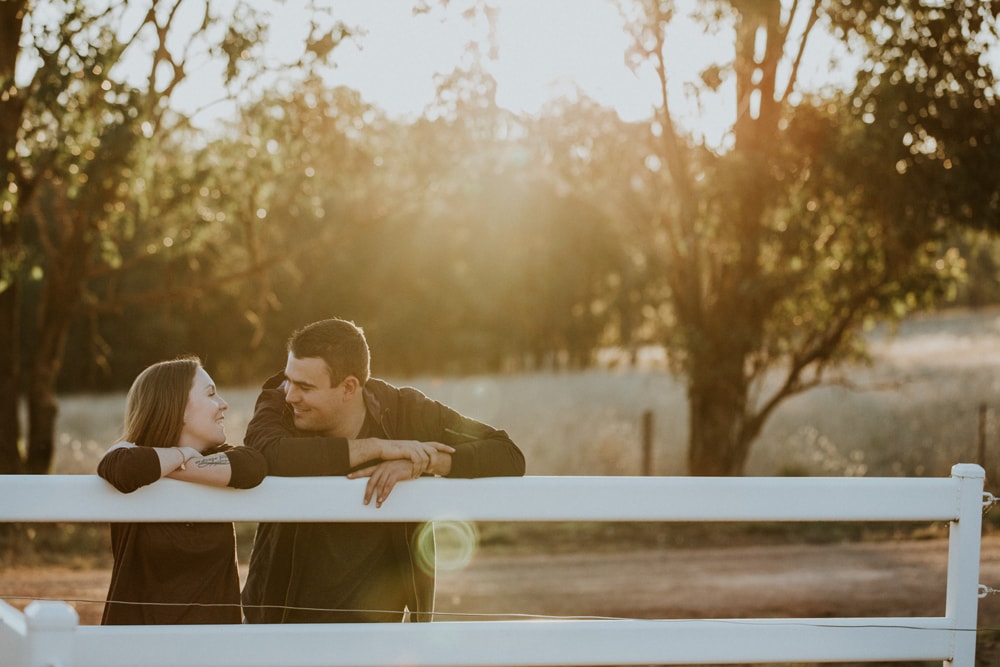 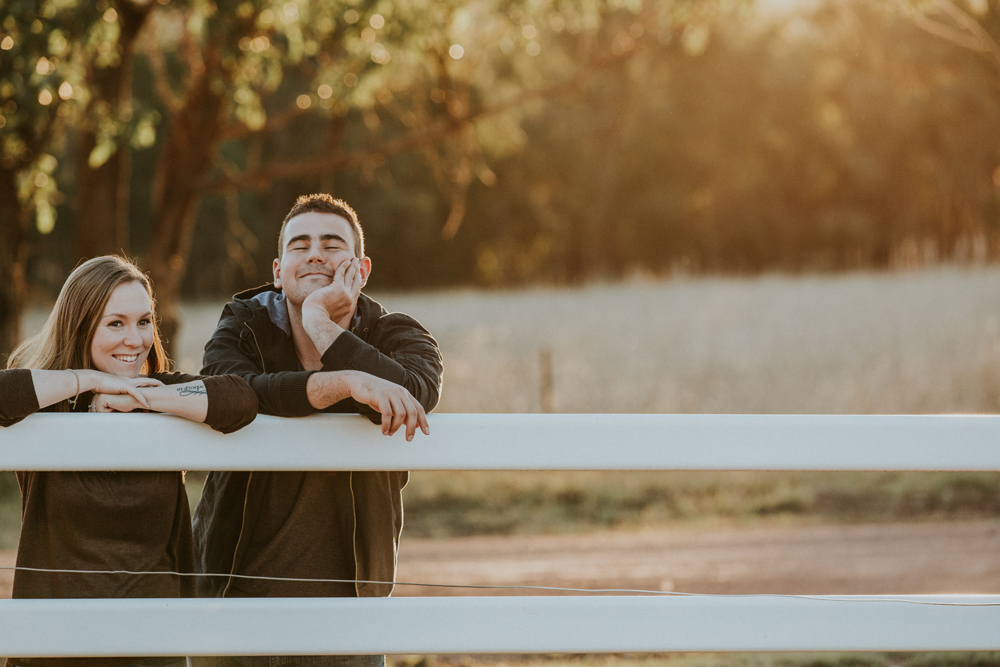 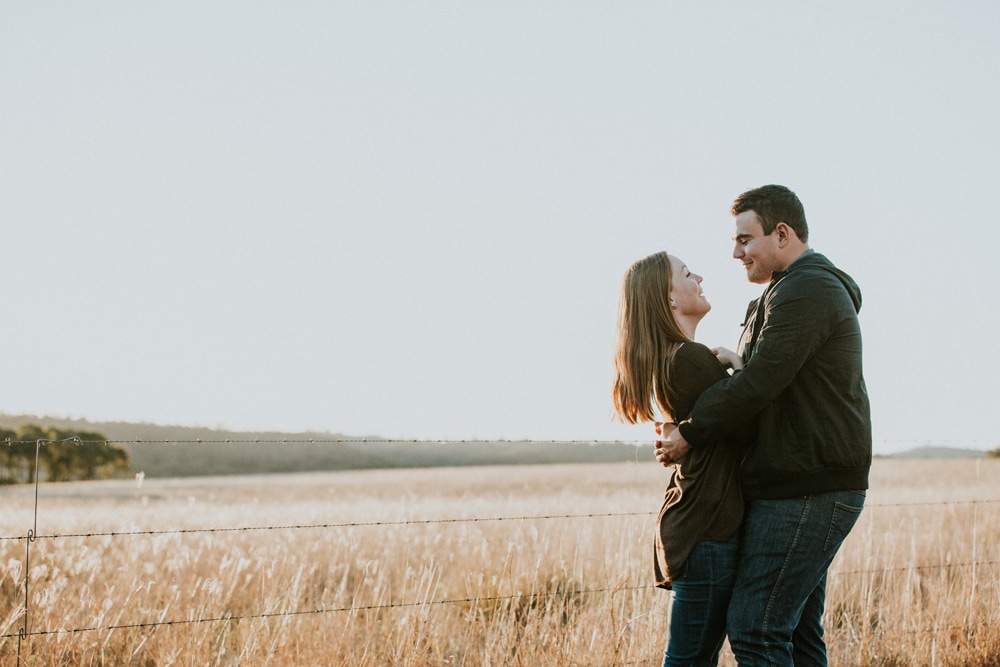 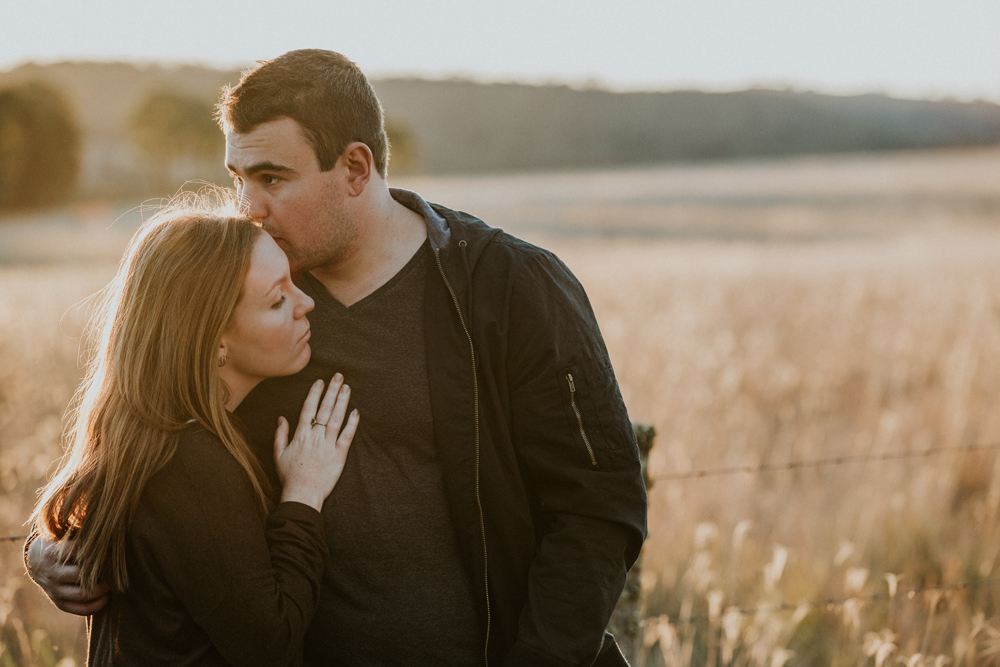 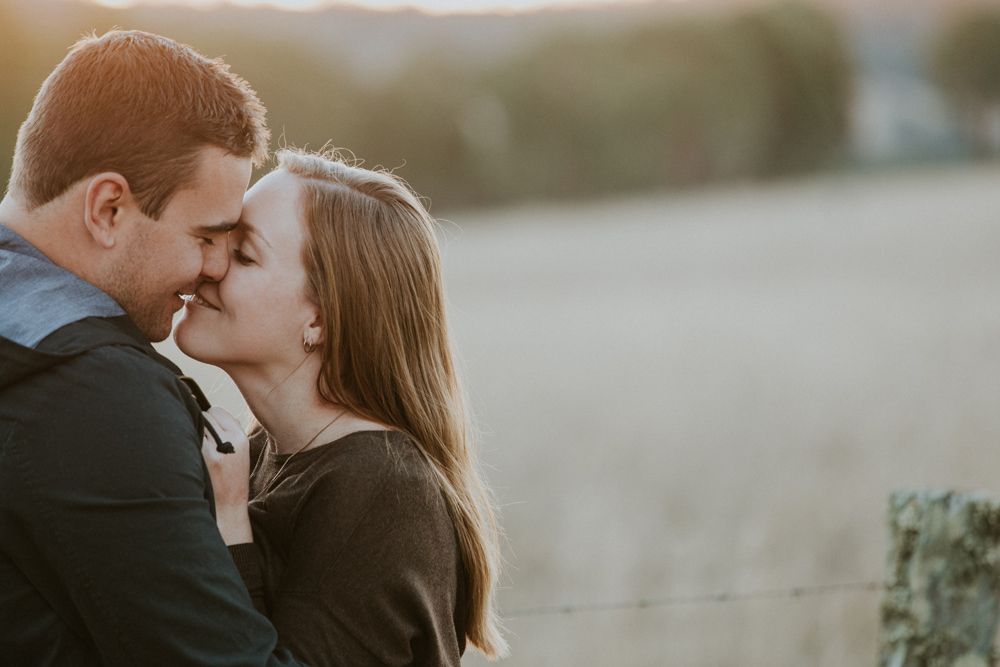 ‘Alright! Very last photo. What shall we do?’ I asked. Thumbs up for acing your engagement photos! So natural! High fives all round.